The Stewardship Foundation had its earliest beginnings in the late 1940s when Dave Weyerhaeuser established the C. Davis Weyerhaeuser Religious Trust on January 27, 1947. Dave and Annette had moved to Tacoma, Washington ten years before that date and the two of them, along with Dave’s older brother, Frederick, were the original trustees. The purpose of this Trust, as stated in Article II of the Trust documents, was . . . “To contribute to the propagation of the Christian Gospel by evangelical and missionary work and to the teaching of the Christian faith as laid down in the Old and New Testaments of the Holy Scriptures. . .” Dave felt a deep conviction to encourage organizations to share the Good News of the Christian faith. This was evident in the financial support of organizations with which he was intimately involved. Over the years, Dave served on the boards of more than 60 Christian organizations, and it was primarily to these organizations that his philanthropy was directed. In that respect, he was very much like today’s emerging generation of philanthropists who want to be actively involved in the organizations they are supporting financially. 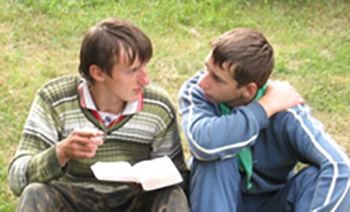